DRP to present paper on Microbial Induced Corrosion at the RILEM Durability of Building Materials and Components in 2020
DRP plans to attend the 15th International Conference on Durability of Building Materials and Components (DBMC) in Barcelona. Originally scheduled for June, the conference is now postponed until October due to the Coronavirus pandemic. We look forward to the opportunity to meet, albeit under what are surely to be strange “new normal” conditions, researchers and practitioners from around the world addressing key issues in concrete durability. 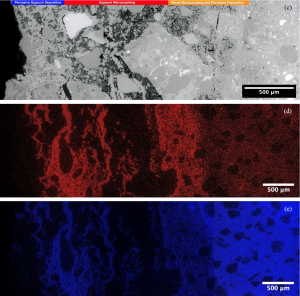 Image 1 SEM/EDS methods to characterize the deterioration of OPC

DRP will present a paper titled Microstructural Evaluation of Different Cementitious Mixtures in Microbial Induced Corrosion Environments, by Dr. Chunyu (Joe) Qiao and Dr. David Rothstein. In this paper we describe the results of a study of three different cementitious binders in a laboratory-controlled microbial induced corrosion (MIC) environments. MIC occurs mostly in wastewater treatment plants (WWTP) and sewer lines all over the world and is a major concern for the durability of this crucial infrastructure. In the United States, a large proportion of WWTP are coming to the end of their 50-year design life.

In this paper we outline how we use a combination of fluorescence and scanning electron microscopy to characterize the condition of the concrete and measure the performance of potential repair materials in MIC conditions. The study involved examining three different binders in a laboratory controlled MIC environment. The binders included a low w/cm ordinary Portland cement (OPC), a Calcium Aluminate Cement (CAC) and a geopolymer or Alkali-Activated Cement (AAC).

Image 1 illustrates how we use SEM/EDS methods to characterize the deterioration of the OPC and the advancement of fronts of chemical attack that involve the infiltration of sulfuric acid and the leaching of calcium. In the black and white image we delineate zones where gypsum pervasively replaces the paste, zones where microcracks filled with gypsum are present in a matrix of leach ed paste and zones where microcracking and pervasive replacement of the paste by gypsum is observed. The red image is an EDS map of the same area showing the infiltration of sulfur-bearing compounds that leads to the deposition of gypsum. Areas that are brighter red indicate higher concentrations of sulfur. The blue image is an EDS map of the same area showing the leaching of calcium that results from the low pH solutions reacting with the concrete. Darker areas indicate lower concentrations of calcium.

In the images below we show how we use fluorescent microscopy to study how these reactions affect the capillary porosity of the binder phase. The green tone image on the left is a fluorescent thin section micrograph. The green tone of the paste reflects variations in capillary porosity, which in turn measure a response to leaching and gypsum mineralization that occur during MIC. The yellow arrows highlight aggregate particles that show up as black, or with effectively 0% porosity. The graph on the right plots the normalized or apparent capillary porosity of the different zones.

Observations obtained from optical and electron microscopy clearly delineate alteration zones characterized not only by distinct mineralogy, but also by distinct changes in the capillary porosity or density of the paste. The OPC mixture showed the greatest deterioration where the outer alteration zones show both increased capillary porosity of the paste associated with the leaching of Ca(OH)2 and CSH and zones of significant cracking associated with the pervasive deposition of gypsum. Inboard of these zones the formation of ettringite actually densifies the OPC paste. The CAC and AAC mixtures show greater resistance to the sulfuric acid conditions associated with MIC than the OPC mixture. The outermost alteration zones in these mixtures have markedly lower capillary porosity than the OPC mixture. As such, the alteration zones are more cohesive and remain adhered to the intact paste, which explains why these samples show lower mass loss in macroscopic testing. The higher resistance is consistent with better resistance to leaching than the OPC mixtures, which is in turn due to the lack of Ca(OH)2 and CSH in these materials.